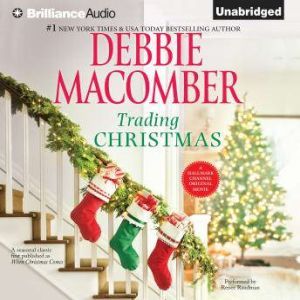 Emily Springer, widowed mother of one, decides to leave Leavenworth, Washington, to spend Christmas with her daughter in Boston. Charles Brewster, history professor, curmudgeon and resident of Boston, wants to avoid Christmas altogether. He figures a prison town should be nice and quiet over the holidays — except he’s thinking of the wrong Leavenworth! Through an internet site, Charles and Emily arrange to swap houses for the holiday. So Emily goes to Boston—and discovers that her daughter has gone to Florida. And Charles arrives in Leavenworth to discover that it’s not the prison town — it’s Santa’s village! The place is full of Christmas trees, Christmas music and...elves. Meanwhile, Emily’s friend Faith Kerrigan travels to Leavenworth to visit her and instead finds Charles the grinch. Then Charles’s brother, Ray, shows up at his home in Boston to discover that he isn’t there — but Emily is. Through all the mix-ups and misunderstandings, amid the chaos and confusion, romance begins to emerge in unexpected ways. Because everything changes at Christmas!