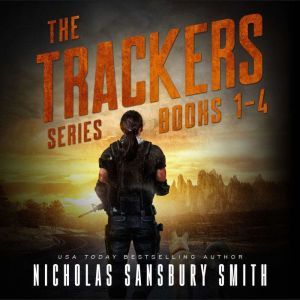 The ENTIRE four-book Trackers series in one box set: over thirty hours of postapocalyptic survival fiction and action. Ripped from the headlines, the explosive Trackers saga is a realistic depiction of what an EMP attack and the aftermath might look like from one of the genre's leading voices, USA Today bestselling author and former Homeland Security Disaster Mitigation Officer, Nicholas Sansbury Smith (Extinction Cycle, Hell Divers, Orbs). The end of the world is just the beginning of the hunt ... Five days ago North Korea detonated three strategically placed nuclear warheads over the United States, triggering an electromagnetic pulse that crippled the country. A second attack destroyed the nerve center of America in a nuclear blast that flattened the nation's capital. As the government falls apart in the aftermath, the survivors must decide how far they will go to save the ones they love. In this lawless new world where the most ruthless thrive while innocents suffer; a sheriff, a retired marine, a nurse, and a senator turned secretary of defense are faced with keeping their communities and families safe. One thing is certain-they won't be able to save everyone. Not with their humanity still intact. The entire four book series includes: TrackersTrackers 2: The HuntedTrackers 3: The StormTrackers 4: The Damned 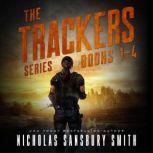 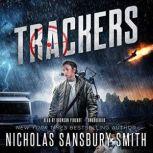 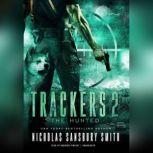 Trackers 2: The Hunted
The Trackers Series #2