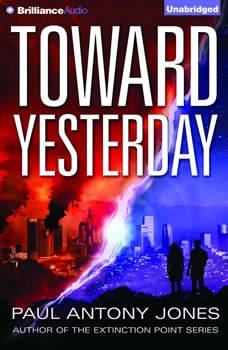 What would you do if you suddenly found yourself twenty-five years in the past? For the nine billion people living in the year 2042 it’s no longer a question…it’s a reality.When a seemingly simple experiment goes disastrously wrong, James Baston finds himself stranded in the past alongside the rest of mankind. Here the old are young once more, the dead live again, and civilization is in chaos.With the fate of humanity on the line, James must join a hastily assembled group of scientists, a reincarnated murder victim, and a genius trapped in her six-year-old body to reconcile the earlier mistakes of their future counterparts. The team struggles to prevent global extinction, and along the way they come face-to-face with their past losses, new loves, and a cold-blooded killer. As the team plummets toward a final confrontation, will they be able to undo time’s unraveling in order to save the human race?Revised edition: this edition of Toward Yesterday includes editorial revisions.