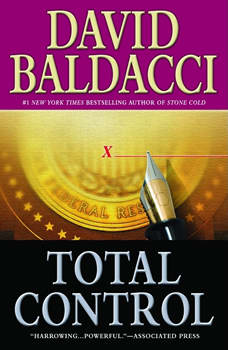 This classic Baldacci thriller from 1997 is finally back - in unabridged audio and available on CD and Download! TOTAL HEAT Sidney Archer has the world. A husband she loves. A job at which she excels and a cherished young daughter. Then, as a plane plummets into the Virginia countryside, everything changes. And suddenly there is no one whom Sidney Archer can trust. TOTAL DANGERJason Archer is a rising young executive at Triton Global, the world's leading technology conglomerate. Determined to give his family the best of everything, Archer has secretly entered into a deadly game. He is about to disappear-leaving behind a wife who must sort out his lies from his truths, an accident team that wants to know why the plane he was ticketed on crashed, and a veteran FBI agent who wants to know it all...