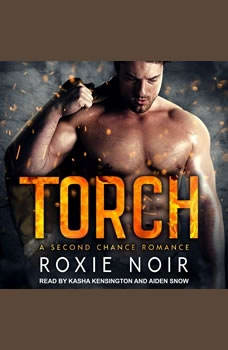 Playing with fire gets you hot, but playing with a fireman gets you wet. Fighting wildfires is dangerous as hell, but it's still the best damn job in the world. And women? They practically line up to slide down my pole. I never did like repeating myself. Not since she broke my heart into a thousand pieces, anyway. Clementine's that ex. The one I haven't seen in eight years. The one I thought I was going to marry until she dumped my ass while I was on active duty in Afghanistan. The one who's suddenly next door when my crew has a few days off in her tiny town, and who's impossible to ignore. I've already gotten burned once. Hunter and I were over a long, long time ago, and there was a good reason why. Actually, there were a hundred good reasons, and I remember them all. Until he shows up in my town, eight years older and ten times hotter. He's left the Marines to become a wildlands firefighter. He's rugged, hardened, dangerous, and he looks at me just like he used to. He makes me laugh just like he used to. But I know better than to think that people like Hunter change. I don't care how badly I want him, I'm not going down that road again. Contains mature themes.