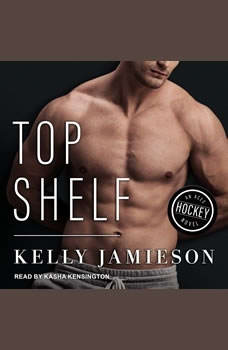 Not only is Jared Rupp one of the stars of the NHL's Chicago Aces, he's also the owner of the Sin Bin, the after-hours hot spot where the whole team hangs out. Lately, Jared can't take his eyes off the woman he's hired to give the Bin a more modern feel: a sexy, sophisticated consultant who has carved out a niche updating drink menus. She's as passionate about her career as Jared is about hockey—and yet he can't help wondering what kind of cocktail she really wants. In her line of work, Sidney Frayne is used to guys hitting on her in bars, but Jared gets her hot enough to burst into flames. When he's wining and dining her, he's sophisticated as hell; on the rink, he's a testosterone-fueled powerhouse. Still, Sidney's bitter divorce taught her to keep her emotions on ice. With her busy schedule—and Jared's playboy reputation—she's not sure she's ready for a fling. Because if she lets Jared into her bed, she just may have to let him into her heart. Contains mature themes.