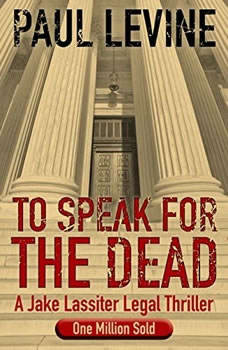 To Speak for the Dead

A doctor in love with his patient's wife...A fatal mistake during surgery...Accident? Malpractice? Or murder?Defending a surgeon in a malpractice case, Jake Lassiter begins to suspect that his client is innocent of negligence...but guilty of murder. Add a sexy widow, a deadly drug, and a grave robbery to the stew, and you have Miami's trial of the century."Move over Scott Turow. To Speak for the Dead is courtroom drama at its very best." - Larry King, USA Today

Mark Dooher is a prosperous San Francisco attorney and a prominent Catholic, the last person anyone would suspect of a brutal crime. But Dooher, a paragon of success and a master of all he touches, is about to be indicted for murder. Charged with s...

He is obsessed with her innocence. He will be destroyed by her guilt.The walls were champagne. The house was immaculate. A prosperous doctor lived there with his son and his beautiful wife. But the elegant walls hid a family's secret, a wife's shame...

From the #1 New York Times bestselling author of Testimony comes a thrilling novel of murder, sex, and betrayal. State Senator Paul Giannis is a candidate for Mayor of Kindle County. His identical twin brother Cass is newly released from prison, 25...

In his new life as a bartender at the Little Shamrock, Dismas Hardy is just hoping for a little peace. He’s left both the police force and his law career behind. Unfortunately it’s not as easy to leave behind the memory of a shattering p...

Rommy "Squirrel" Gandolph is a Yellow Man, an inmate on death row for a 1991 triple murder in Kindle County. His slow progress toward certain execution is nearing completion when Arthur Raven, a corporate lawyer who is Rommy's reluctant co...

The Suspect
by John Lescroart

When Dr. Caryn Dryden is found floating dead in her hot tub, homicide inspector Devin Juhle targets a suspect close to home: her husband, Stuart Gorman. After all, Stuart recently asked for a divorce…and he stands to gain millions in insurance...

Nina has just received a last-minute call from her old boss and mentor in Monterey County, California, where she is enjoying the breathtaking scenery and spending time with her boyfriend, P.I. Paul van Wagoner. Klaus Pohlmann is in desperate straits...

When the bullet-ridden body of a Silicon Valley billionaire washes up on shore, assistant D.A. Dismas Hardy finds himself the prosecutor in San Francisco’s murder trial of the century. The suspect: a Japanese call girl with a long list of prom...

A conscientious supreme court clerk. The professionals who share his house. A minor slip-up.Ben Addison, fresh from Yale Law, is a new clerk for one of the Supreme Court's most respected justices. But when he accidentally reveals the secret outcome...

To Speak for the Dead
Jake Lassiter Legal Thrillers #1