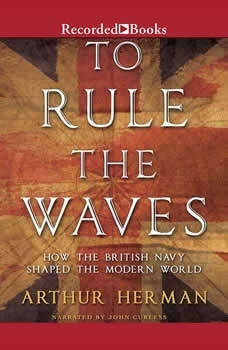 To Rule the Waves: How the British Navy Changed the Modern World

To Rule the Waves tells the extraordinary story of how the British Royal Navy allowed one nation to rise to a level of power unprecedented in history. From the navy's beginnings under Henry VIII to the age of computer warfare and special ops, historian Arthur Herman tells the spellbinding tale of great battles at sea, heroic sailors, violent conflict, and personal tragedy -- of the way one mighty institution forged a nation, an empire, and a new world.