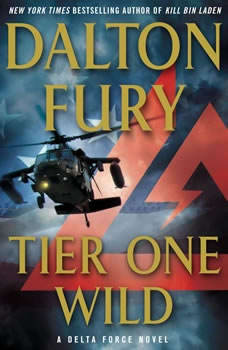 New York Times bestselling author and former Delta Force commander Dalton Fury (Black Site and Kill Bin Laden) is back with an explosive new thrillerFormer disgraced Delta Force commander Kolt "Racer" Raynor has earned his way back into The Unit after redeeming himself during an explosive operation at a black site in Pakistan. But he is about to face his deadliest challenge yet.The most wanted man in the world, American al Qaeda commander Daoud al Amriki, and his handpicked team of terrorist operatives, have acquired stores of Russian-built, shoulder-fired surface-to-air missiles (SAM's) from ex-Libyan spies in Cairo. Their mission: infiltrate the United States and take down American aircraft. The country's best are tasked with stopping them. But when a SEAL Team Six mission to take down al Amriki goes wrong, Major Raynor and his Delta Force team find themselves front and center as Amriki and his terrorists work their way closer to America. And time is running out.Dramatic and revealing, Tier One Wild takes listeners on an international thrill ride from the black ops nerve center of JSOC to the bloody streets of Cairo in a story only a former Delta Force commander could tell.