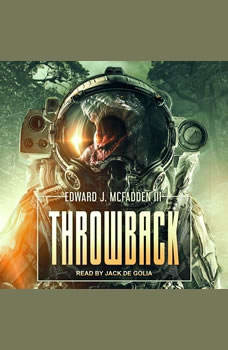 A space cloud of unknown composition is on a collision course with Earth as the world holds its breath. The anomaly sails through the solar system and the International Space Station along with three astronauts and one cosmonaut are thrown back to the Cretaceous period where dinosaurs roam Earth hunting prey and great pterosaurs patrol the skies. Supplies on the station run low and desperation takes hold, but morale grows when the crew sees a bright multi-colored light blinking on the surface below. The astronauts decide to evacuate the station in the Soyuz escape capsule and investigate. As the adventurers struggle to survive in the primordial jungle, the party discovers artifacts of an ancient civilization that could help them find the light beacon. If they can stay alive long enough.