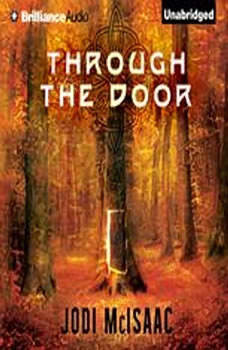 It’s been seven years since the love of Cedar McLeod’s life left with no forwarding address. All she has left of him are heart-wrenching memories of happier times and a beautiful six-year-old daughter, Eden. Then, one day, Eden opens her bedroom door and unwittingly creates a portal that leads to anywhere she imagines.But they’re not the only ones who know of Eden’s gift, and soon the child mysteriously vanishes.Desperate for answers, Cedar digs into the past and finds herself thrust into a magical world of Celtic myths, fantastical creatures, and bloody rivalries. Teaming up with the unlikeliest of allies, Cedar must bridge the gap between two worlds and hold tight to the love in her heart…or lose everything to an ancient evil.The first in the Thin Veil series, Through the Door is a pulse-pounding adventure that takes listeners across the globe and deep into the hidden realms of Celtic lore.