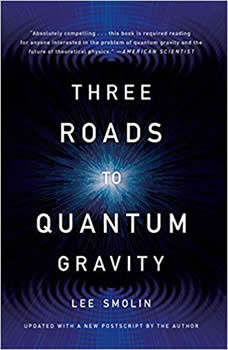 In Three Roads to Quantum Gravity, Lee Smolin provides an accessible overview of the attempts to build a final "theory of everything." He explains in simple terms what scientists are talking about when they say the world is made from exotic entities such as loops, strings, and black holes and tells the fascinating stories behind these discoveries: the rivalries, epiphanies, and intrigues he witnessed firsthand. Written with exceptional style and clarity, Three Roads to Quantum Gravity confronts the deepest questions of the nature of the universe and provides a preview of some of the remarkable scientific developments we can look forward to in the twenty-first century.