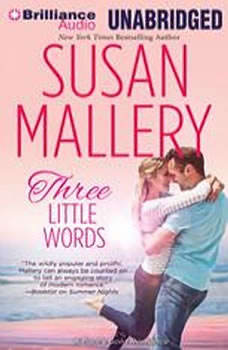 Can first love turn into the real deal? Anything can happen in a sizzling Fool’s Gold story from New York Times bestselling author Susan Mallery.Isabel Beebe thinks she’s cursed in the romance department. Her teenage crush, Ford Hendrix, ignored all her letters. Her husband left her for another…man. So Isabel has come home to dust off her passion for fashion and run the family bridal shop until her parents are ready to sell it. Then she’ll pursue her real dreams. At least, that’s the plan, until sexy, charming Ford returns and leaves her feeling fourteen all over again….Seeing Isabel all grown-up hits bodyguard trainer Ford like a sucker punch. Back when heartbreak made him join the military, her sweet letters kept him sane. Now he can’t take his eyes—or his lips—off her. The man who gave up on love has a reason to stay in Fool’s Gold forever—if three little words can convince Isabel to do the same.