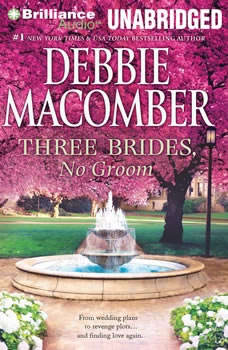 Three women meet at their fifteen-year class reunion...and discover that their lives have taken unexpected directions. Back in their college days, Gretchen Wise had been engaged to a top law student. Carol Furness, head cheerleader, had said yes to the school’s football hero. And Maddie Cobain was the girl who’d fallen for a professor. Now the three of them gather around a popular fountain on the college grounds. This fountain was where lovers met, where promises were made...and broken. So it’s fitting that Gretchen, Carol and Maddie sit here to share their stories of betrayal and, yes, revenge. Stories of finding new love... Sometimes the things you don’t plan are the best! “Macomber has a gift for evoking the emotions that are at the heart of the genre’s popularity, and her breezy style keeps the pages turning.” —Publishers Weekly “Exudes Macomber’s classic warmth and gentle humor.” —Library Journal