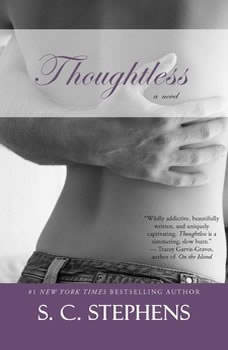 For almost two years now, Kiera's boyfriend, Denny, has been everything she's ever wanted: loving, tender, and endlessly devoted to her. When they head off to a new city to start their lives together-Denny at his dream job and Kiera at a top-notch university-everything seems perfect. Then an unforeseen obligation forces the happy couple apart. Feeling lonely, confused, and in need of comfort, Kiera turns to an unexpected source-a local rock star named Kellan Kyle. At first, he's purely a friend she can lean on, but as her loneliness grows, so does their relationship. And then one night everything changes . . . and none of them will ever be the same.