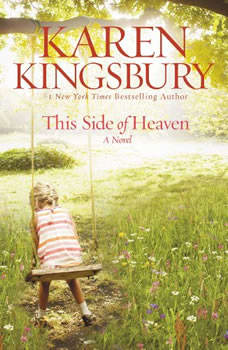 This Side of Heaven

From New York Times best-selling author Karen Kingsbury comes an unforgettable story of love struggling against all odds to snatch hope from the jaws of despair. Annie Warren’s concern for her adult son Josh has intensified ever since a drunk driver careened into him. Disabled and in constant pain, Josh has put his life on hold while awaiting an insurance settlement that seems never to come. Yet as Annie sifts through the rubble of Josh’s life, she uncovers a treasure of surpassing value—the greatest gift he could give her this side of heaven.

This Side of Heaven
Cody Gunner #3

Just Beyond the Clouds
Cody Gunner #2