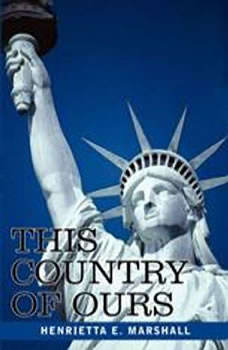 This Country of Ours, Part 6: Stories of the Struggle for Liberty

Series: The This Country of Ours Series #6

This series, in seven parts, tells the story of America from the earliest founding through the days of Woodrow Wilson World War I. Part 6 continues the series with the stories of the struggle for liberty.Stories include:The Boston Tea PartyPaul Revere's Ride - The Unsheathing of the SwordThe First Thrust - The Battle of Bunker Hill The War in Canada The Birth of a Great Nation The Darkest Hour - Trenton and Princeton Burgoyne's Campaign - Bennington and OriskanyBurgoyne's Campaign - Bemis Heights and SaratogaBrandywine - Germantown - Vally Forge War on the Sea The Battle of Monmouth - The Story of Captain MollyThe Story of a Great Crime A Turning Point in the World's History

In the Shadow of Liberty
by Kenneth C. Davis

This Country of Ours, Part 1
by Henrietta Elizabeth Marshall

My Name is Not Friday
by Jon Walter

The This Country of Ours Series Bundle