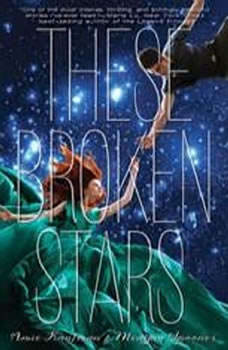 It's a night like any other on board the Icarus. Then, catastrophe strikes: the massive luxury spaceliner is yanked out of hyperspace and plummets into the nearest planet. Lilac LaRoux and Tarver Merendsen survive. And they seem to be alone.

Lilac is the daughter of the richest man in the universe. Tarver comes from nothing, a young war hero who learned long ago that girls like Lilac are more trouble than they're worth. But with only each other to rely on, Lilac and Tarver must work together, making a tortuous journey across the eerie, deserted terrain to seek help.

Journey to Star Wars: The Rise of Skywalker Force Collector
by Kevin Shinick

Karr is a teenage boy like many others in the galaxy. He goes to school, helps his parents with the family business, likes speeders and droids. But Karr also has a secret: when he touches certain objects, he gets searing headaches and blacks out. An...

For fans of Marie Lu comes the first book in an epic series that bends the sci-fi genre into a new dimension.   “A truly beautiful novel that redefines the form." —Victoria Aveyard, bestselling author of Red Queen This morning,...