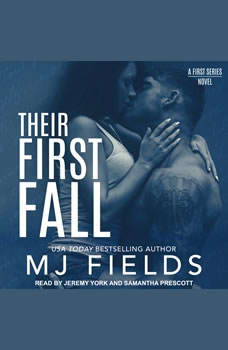 Keeka: Alone in the world after her mother's death, she tries to find the life she dreamed of as a child. Trucker: Alone in the world, the family he felt part of begins to fall apart as his dreams of being an NFL quarterback become his reality. What happens when everything you had is gone, everything you wished for seems to be in arm's reach, and your world begins to spin in circles? You fall. Contains mature themes.

Their First Fall: Trucker and Keeka...
The First #3

Her First Kiss
The First #1

His First Crush
The First #2