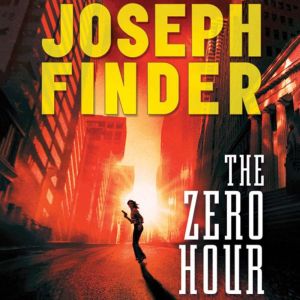 FBI Special Agent and counterterrorism expert Sarah Cahill doesn't know the man she's tracking. But the so-called "Prince of Darkness" knows her—intimately. So when Sarah is summoned to Wall Street to investigate, little does she know that she's the one under surveillance… until the terrorist infiltrates himself into the deepest, most desperate corners of her life.

Soon Sarah is plunged into a deep labyrinth of intrigue and catastrophe as she races to uncover a diabolically clever conspiracy…before time runs out…and the clock strikes THE ZERO HOUR... from bestselling author Joseph Finder.