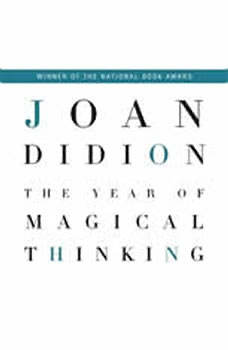 The Year of Magical Thinking

The author of Bel Canto -- winner of the PEN/Faulkner Award, the Orange Prize and long-running New York Times bestseller -- turns to nonfiction in a moving chronicle of her decades-long friendship with the critically acclaimed and recently deceased...

This is the big one from Peter Ackroyd — and a worthy companion to London: The Biography.Only Peter Ackroyd can combine readable narrative and unique observation with a sharp eye for the fascinating fact. His method is to position Shakespeare...

All Creatures Great and Small
by James Herriot

These are the stories that catapulted James Herriot to literary fame. When this book was first published, it was merely a simple volume of memoirs by an unknown Scottish veterinarian. But within a year, the book became recognized as a masterpiece. A...

Even as a young girl, growing up in the Bronx, Mary Higgins Clark knew she wanted to be a writer, The gift of storytelling was a part of her Irish ancestry, so it followed naturally that she would later use her sharp eye, keen intelligence, and inqu...

Hang on for the ride: with characteristic poetry and pluck, Barbara Kingsolver and her family sweep readers along on their journey away from the industrial-food pipeline to a rural life in which they vow to buy only food raised in their own neighbo...

When Mark Salzman is invited to visit a writing class at Central Juvenile Hall, a lockup for Los Angeles’s most violent teenage offenders, he scrambles for a polite reason to decline. He goes—expecting the worst—and is so astonishe...

The Mistress's Daughter
by A. M. Homes

The acclaimed writer A. M. Homes was given up for adoption before she was born. Her biological mother was a twenty-two-year-old single woman who was having an affair with a much older married man with a family of his own. The Mistress's Daughter is ...