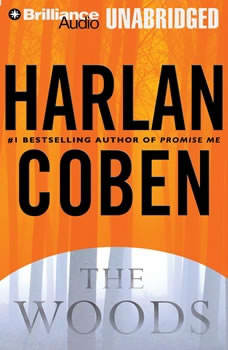 Twenty years ago, four teenagers at summer camp walked into the woods at night. Two were found murdered, and the others were never seen again. Four families had their lives changed forever. Now, two decades later, they are about to change again.For Paul Copeland, the county prosecutor of Essex, New Jersey, mourning the loss of his sister has only recently begun to subside. Cope, as he is known, is now dealing with raising his six-year-old daughter as a single father after his wife has died of cancer. Balancing family life and a rapidly ascending career as a prosecutor distracts him from his past traumas, but only for so long. When a homicide victim is found with evidence linking him to Cope, the well-buried secrets of the prosecutor’s family are threatened.Is this homicide victim one of the campers who disappeared with his sister? Could his sister be alive? Cope has to confront so much he left behind that summer twenty years ago: his first love, Lucy; his mother, who abandoned the family; and the secrets that his Russian parents might have been hiding even from their own children. Cope must decide what is better left hidden in the dark and what truths can be brought to the light.

What a good book. Page after page is filled with a story so good I couldn't put it down. A great resd!

This book was amazing! I loved it and once I started I couldn't stop until I was done, the end was such a twist that I was not expecting it and it left me in awe for a couple of days. A must read, I hope everyone enjoys it as much as I did!

I am a big fan of Harlan Coben and once again I was not disappointed! The twists and turns along the storyline are fantastic and make it a real page turner! If you love Harlan Coben, you will not be disappointed!!!

Good story, somewhat predictable, but it was an interesting read. Not the kind of book I would want in my collection permanently, but a good one time read!

Excellent. Wonderfuil writing. kept you on your toes throughout. Incredible story about how past mistakes come back to haunt so many afer so many years