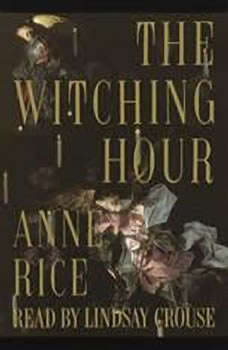 Demonstrating once again her gift for spellbinding stoyrtelling, Anne Rice makes real a family of witches--a family given to poetry and incest, to murder and philsophy, a family that is itself haunted by a powerful, dangerous and seductive being.
"Unfolds like a poisonous lotus blossom redolent with luxurious evil."
THE LOS ANGELES TIMES

I struggled with this book. I always try to finish any book I start reading, but it took me forever to finish this one! The author put way too much detail into the history of the ancestors of the characters. I was also very disappointed in the ending.. which apparently there is a continuation to this book... but I will not be reading the sequal. I hate to say it, but I wasted hundreds of hours reading this book. Big surprise, since it was written by Anne Rice.