"[A] huge and sprawling tale of horror."
THE NEW YORK TIMES BOOK REVIEW
Demonstrating once again her gift for spellbinding storytelling, Anne Rice makes real for us a great dynasty of four centuries of witches--a family given to poetry and incest, murder and philosophy, a family that over the ages is itself haunted by a powerful, dangerous, and seductive being called Lasher who haunts the Mayfair women..
Moving in time from today's New Orleans and San Francisco to long-ago Amsterdam and the France of Louis XIV, from the coffee plantations of Port-au-Prince to Civil War New Orleans and back to today, Anne Rice has spun a mesmerizing tale that challenges everything we believe in.

I struggled with this book. I always try to finish any book I start reading, but it took me forever to finish this one! The author put way too much detail into the history of the ancestors of the characters. I was also very disappointed in the ending.. which apparently there is a continuation to this book... but I will not be reading the sequal. I hate to say it, but I wasted hundreds of hours reading this book. Big surprise, since it was written by Anne Rice. 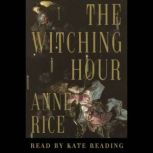 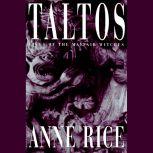 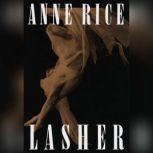