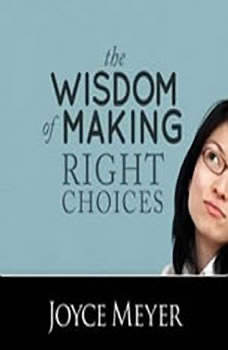 The Wisdom of Making Right Choices: Trusting God to Lead You

We are faced with unavoidable decisions every day. Some are as simple as deciding what to eat for breakfast, while others can be life altering. Today is the day you can begin making confident decisions based on God’s Word…the choice is yours.