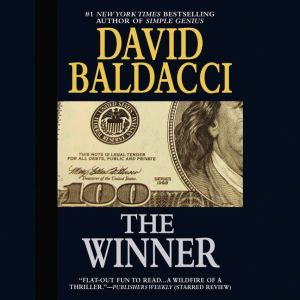 #1 NEW YORK TIMES BESTSELLERAn incredible new page-turner from thriller master David Baldacci...THE DREAMShe is twenty, beautiful, dirt-poor, and hoping for a better life for her infant daughter when LuAnn Tyler is offered the gift of a lifetime, a $100 million lottery jackpot. All she has to do is change her identity and leave the U.S. forever. THE KILLERIt's an offer she dares to refuse...until violence forces her hand and thrusts her into a harrowing game of high-stakes, big-money subterfuge. It's a price she won't fully pay...until she does the unthinkable and breaks the promise that made her rich. THE WINNERFor if LuAnn Tyler comes home, she will be pitted against the deadliest contestant of all: the chameleonlike financial mastermind who changed her life. And who can take it away at will...