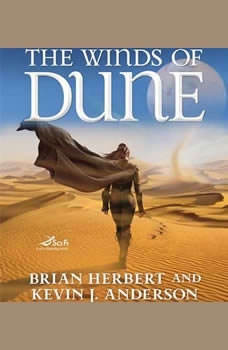 The Winds of Dune

With their usual skill, Brian Herbert and Kevin Anderson have taken ideas left behind by Frank Herbert and filled them with living characters and a true sense of wonder. Where Paul of Dune picked up the saga directly after the events of Dune, The Winds of Dune begins after the events of Dune Messiah. Paul has walked off into the sand, blind, and is presumed dead. Jessica and Gurney are on Caladan; Alia is trying to hold the Imperial government together with Duncan; Mohiam dead at the hands of Stilgar; Irulan imprisoned. Paul's former friend, Bronso of Ix, now seems to be leading opposition to the House of Atreides. Herbert and Anderson's newest book in this landmark series will concentrate on these characters as well the growing battle between Jessica, and her daughter, Alia.

The Winds of Dune
Dune #7