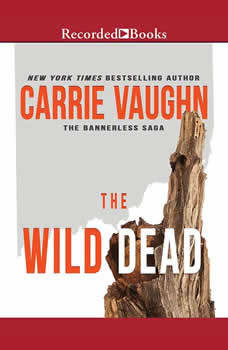 Mysteries and murder abound in the sequel to Carrie Vaughn's post-apocalyptic mystery Bannerless. A century after environmental and economic collapse, the people of the Coast Road have rebuilt their own sort of civilization, striving not to make the mistakes their ancestors did. They strictly ration and manage resources, including the ability to have children. Enid of Haven is an investigator, who with her new partner Teeg is called on to mediate a dispute between households over an old building in a far-flung settlement at the edge of Coast Road territory. The investigators' decision seems straightforward-and then the body of a young woman turns up in the nearby marshland. Almost more shocking than that: she's not from the Coast Road, but from one of the outsider camps, belonging to the nomads and wild folk who live outside the Coast Road communities. Now one of them is dead, and Enid wants to find out who killed her, even as Teeg argues that the murder isn't their problem. In a dystopian future of isolated communities, can our moral sense survive the worst hard times?