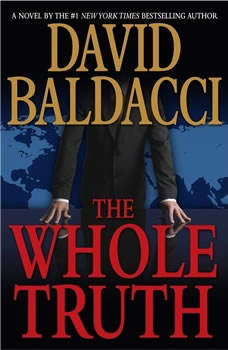 "Matt, I need a war."So begins David Baldacci's new book--a thriller unlike any he's written before. "Matt" is Mathew Pender, of Pender Associates--a shadowy organization that specializes in managing seemingly impossible situations for its clients. Sometimes, those services extend to managing--and creating--armed conflict. When Matt Pender is asked by his client--the largest defense contractor in the world--to manipulate two nations against each other, a shocking and surprising series of events are set in motion that will possibly bring the world to the brink of World War III.*In this epic thriller with a global backdrop, David Baldacci delivers all the twists and turns, compelling characters, and can't-put-it-down pacing that readers have come to expect from this master storyteller.

Loved it - the first book in the Shaw series...can't wait for more.

A great listen from a great author. Just love his string of events from book to book.