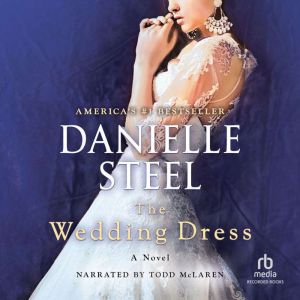 In Danielle Steels epic new novel, the lives of four generations of women in one family span fortune and loss, motherhood, tragedy and victories. From the glamorous San Francisco social scene of the 1920s, through war and the social changes of the 60s, to the rise of Silicon Valley today, this extraordinary novel takes us on a family odyssey that is both heartbreaking and inspiring, as each generation faces the challenges of their day. The Parisian design houses in 1928, the crash of 1929, the losses of war, the drug culture of the 1960shistory holds many surprises, and lives are changed forever. For richer or for poorer, in cramped apartments and grand mansions, the treasured wedding dress made in Paris in 1928 follows each generation into their new lives, and represents different hopes for each of them, as they marry very different men. From inherited fortunes at the outset to self-made men and women, the wedding dress remains a cherished constant for the women who wear it in each generation and forge a destiny of their own. It is a symbol of their remaining traditions and the bond of family they share in an ever-changing world.