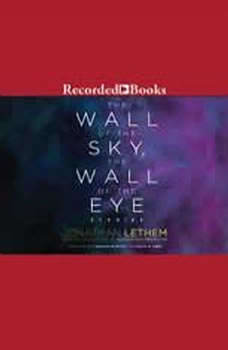 A dead man is brought back to life so he can support his family in "The Happy Man"; occasionally he slips into a zombielike state while his soul is tortured in Hell. In "Vanilla Dunk," future basketball players are given the skills of old-time stars like Michael Jordan and Wilt Chamberlain. And in "Forever, Said the Duck," stored computer personalities scheme to break free of their owners. In these and other stories in this striking collection, Jonathan Lethem, author of The Fortress of Solitude and Motherless Brooklyn, draws the reader ever more deeply into his strange, unforgettable world—a trip from which there may be no easy return. Narrators: Graham Winton, Kevin R. Free