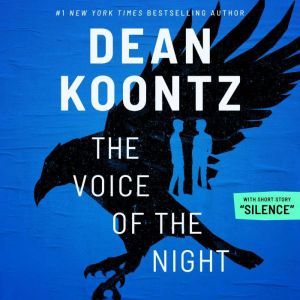 The Voice of the Night with short story, "Silence"

This cult favorite coming-of-age suspense is now fully revamped! NEW recording. NEW narrator. Now with BONUS short story “Silence.”“A fearsome tour of an adolescent's psyche. Terrifying, knee-knocking suspense.”—Chicago Sun-Times“Hair-raising from cover to cover.”—Houston Chronicle#1 New York Times bestselling author Dean Koontz gives new meaning to blood brothers in this chilling audiobook of friendship gone awry.No one could understand why Colin and Roy were best friends. Colin was so shy; Roy was so popular. Colin was fascinated by Roy—and Roy was fascinated by death. Then one day, Roy asked his timid friend: “You ever killed anything?” From that moment on, the two were bound together in a game too terrifying to imagine—and too irresistible to stop.NOW WITH BONUS SHORT STORY “SILENCE”30 years later…the story continues with the spine-tingling follow-up “Silence,” available only on audio.