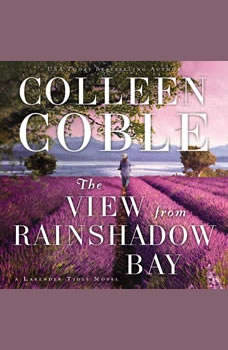 The View from Rainshadow Bay

<p style="text-align: center;">Filled with the enticing blend of suspense and romance Coble is known for, &ldquo;devotees of Dani Pettrey, Brenda Novak, and Allison Brennan will find a new favorite here.&rdquo;*&nbsp;</p><p>After her husband, Jack, dies in a climbing incident, Shauna has only her five-year-old son and her helicopter charter business to live for. Every day is a struggle to make ends meet and she lives in constant fear of losing even more than she already has.</p><p>When her business partner is murdered, his final words convince Shauna that she&rsquo;s in danger too. But where can she turn? Zach Bannister was her husband&rsquo;s best friend and is the person she blames for his death. She&rsquo;s barely spoken to him since. But right now he seems her only hope for protecting her son.</p><p>Zach is only too happy to assuage his guilt over Jack&rsquo;s death by helping Shauna any way he can. But there are secrets involved dating back to Shauna&rsquo;s childhood that more than one person would prefer to stay hidden.&nbsp;</p><p>*Library Journal&nbsp;</p><p>"Prepare to stay up all night with Colleen Coble. Coble's beautiful, emotional prose coupled with her keen sense of pacing, escalating danger, and very real characters place her firmly at the top of the suspense genre. I could not put this book down." &mdash;Allison Brennan, New York Times bestselling author of&nbsp;Shattered</p>