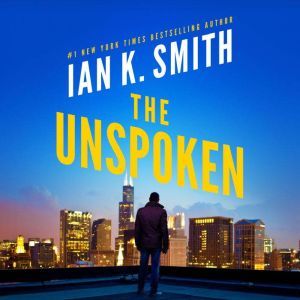 The Unspoken: An Ashe Cayne Novel

In this new series from #1 New York Times bestselling author Ian K. Smith, an ex-cop turned private investigator seeks justice on the vibrant, dangerous streets of Chicago.Former Chicago detective Ashe Cayne is desperate for redemption. After refusing to participate in a police department cover-up involving the death of a young black man, Cayne is pushed out of the force. But he won’t sit quietly on the sidelines: he’s compelled to fight for justice as a private investigator…even if it means putting himself in jeopardy.When a young woman, Tinsley Gerrigan, goes missing, her wealthy parents from the North Shore hire Cayne to find her. As Cayne looks into her life and past, he uncovers secrets Tinsley’s been hiding from her family. Cayne fears he may never find Tinsley alive.His worries spike when Tinsley’s boyfriend is found dead—another black man murdered on the tough Chicago streets. Cayne must navigate his complicated relationships within the Chicago PD, leveraging his contacts and police skills to find the missing young woman, see justice done, and earn his redemption.