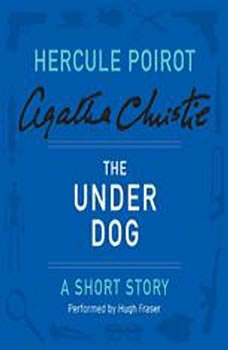 The Under Dog: A Hercule Poirot Short Story

Pretty Lily Margrave is not convinced that Hercule Poirot is needed in the matter of Sir Atwell’s murder. At the request of her employer, Lady Atwell, she has already recounted what happened ten days ago in the Tower Room, and the victim’s nephew has been charged with the murder. Nevertheless, Lady Atwell brings Poirot up to the great house, Mon Repos, to see if he can find out anything. While at first the family is struck by Poirot’s ardent endeavor to uncover what befell Sir Atwell, his insistence on looking into every nook and cranny becomes too much for some to bear. A scrap of material, the contents of a tiny box, and his singular ingenuity lead the detective to uncover who is behind this violent act.