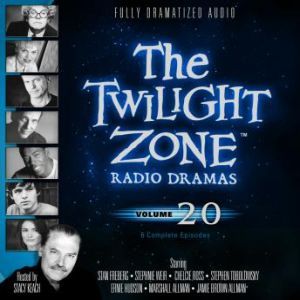 Experience one of televisions greatest science fiction series: The Twilight Zone. This collection of episodes is fully dramatized for audio and features a full cast, music, sound effects, and narration by some of todays biggest celebrities. Static (starring Stan Freberg) For grouchy old Ed Lindsay, life seems to have passed him by. But everything changes when his antique radio starts to broadcast programs from his youth that seemingly only he can hear. Stopover in a Quiet Town (starring Stephnie Weir) The day after a drunken party, a married couple awakens in an unfamiliar house with no idea how they got there. Judgment Night (starring Chelcie Ross) A passenger on board a wartime freighter has a premonition that the ship will be sunk by a Nazi U-boat, but no one believes him. The Chaser (starring Stephen Tobolowsky) A lovesick suitor buys a guaranteed love potion from a mysterious soula love potion that works all too well. Shadow Play (starring Ernie Hudson) No one believes a convicted murderer on death row, who insists that events are only part of his recurring nightmare. Nick of Time (starring Marshall Allman and Jamie Brown Allman) A superstitious newlywed husband finds a penny fortune-telling machine that makes uncannily accurate predictions about his life. 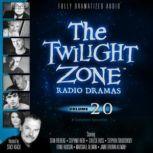 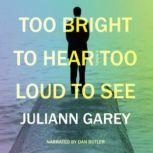 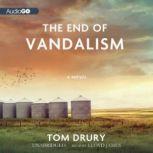 Too Bright to Hear Too Loud to See

The End of Vandalism