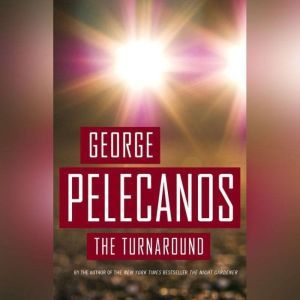 On a hot summer afternoon in 1972, three teenagers drove into an unfamiliar neighborhood and six lives were altered forever.Thirty five years later, one survivor of that night reaches out to another, opening a door that could lead to salvation. But another survivor is now out of prison, looking for reparation in any form he can find it.THE TURNAROUND takes us on a journey from the rock-and-soul streets of the '70s to the changing neighborhoods of D.C. today, from the diners and auto garages of the city to the inside of Walter Reed Army Medical Hospital, where wounded men and women have returned to the world in a time of war. It is a novel of fathers and sons, wives and husbands, loss, victory and violent redemption, another compelling, highly charged novel from George Pelecanos, "the best crime novelist in America." -Oregonian--George Pelecanos' most recent novel, The Night Gardener, hit the New York Times Bestseller List and made more than 10 "Best Of 2006" lists including Salon, Rocky Mountain News, Los Angeles Times, New York Sun, Washington Post Book World, Miami Herald, and Entertainment Weekly. --The Los Angeles Times nominated The Night Gardener for the 2006 Best Mystery/Thriller Book Award.