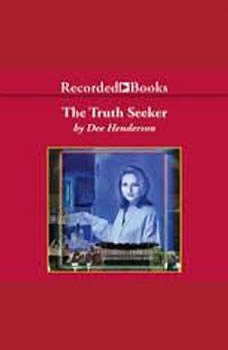 Women are turning up dead. And Lisa O’Malley digging into a crime means trouble is soon to follow. She’s a forensic pathologist and mysteries are her domain. Audio book number three in the O’Malley series brings back Lisa O’Malley and U.S. Marshal Quinn Diamond from The Guardian in a tense investigative thriller. She’s not a believer, and her journey toward faith is a fascinating look at how a forensic pathologist views the Resurrection. Quinn has found loving her is easier than keeping her safe. Lisa O’Malley’s found the killer, and now she’s missing too ...

The Healer
by Dee Henderson

Rachel O’Malley works disasters for a living. Her specialty is helping children through trauma. For years Rachel has touched grief as she helps others through it, but now grief is something very personal -- she is losing her own sister to canc...

The Rescuer
by Dee Henderson

Stephen O’Malley is a paramedic who has been rescuing people all his life. But he’s running now-from the burden of his profession, from the grief of losing his sister, and from a God he doesn’t want to trust. He’s run into a ...

The Truth Seeker
The O'Malley series #3

The Ghost Walker
The O'Malley series #2