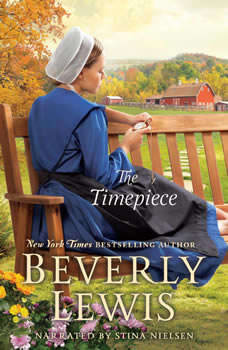 As the only daughter, Sylvia Miller of The Tinderbox has always held a special place in her Old Order family, one Adeline Pelham jeopardizes when she shows up at the Millers' Hickory Hollow farm. It isn't that Adeline means to be a threat, but her very existence is a reminder of the painful secret that has so recently upended the Miller household. And with Sylvia and her mother still struggling to come to terms with that news, this is a challenging time to welcome an Englisher--especially this Englisher--into their midst. Despite the Millers' unexpected hospitality, Adeline is well aware that she's treading on Sylvia's turf, and she feels guilty about doing so when Sylvia is grappling with issues of her own. Not only is Sylvia trying to rebuild her trust in her father, but she's uncertain what to make of her once-promising engagement to Titus Kauffman, who hasn't pursued her since she confronted him. Adeline wishes she could help Sylvia, but she's not sure that either she or Sylvia is ready for that level of closeness in their relationship. Can God make something good come out of the mistakes of the past? Or does Adeline's arrival mark one too many surprises for the Millers and their Amish community?