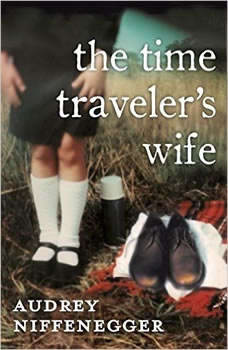 This bestselling and innovative debut novel from Audrey Niffenegger explores the perfect marriage, one that is tested by challenges the couple can neither control nor predict. An imaginative extension of everyday life, the story asks: What if two people who loved each other deeply, married, and faced a life in which one person remained constant while the other slipped fluidly in and out of time? A modern love story with a twist that invites us to linger over questions of how life and love change over time.

Anne McCaffrey captured the interest and hearts of many with Freedom's Landing as Catteni slaves unexpectedly became settlers establishing a new colony on Botany, presumably an uninhabited M-type planet. In Freedom's Choice the saga progresses to an...

It's the dawning of a new age for mankind when the Catteni descend to Earth and easily overcome the Earth's population. Thousands are herded onto slave ships headed for the intergalactic auction block.Kris Bjornsen is captured in Denver on her way t...

The Sparrow
by Mary Doria Russell

Emilio Sandoz is a remarkable man, a living saint and Jesuit priest who undergoes an experience so harrowing and profound that it makes him question the existence of God. This experience—the first contact between human beings and intelligent e...

Arch-swindler Moist von Lipwig never believed his crimes were hanging offenses -- until he found himself with a noose around his neck, dropping through a trap door, and falling into ... a government job? Getting the moribund Postal Service up and r...

One of the most respected and awarded of all contemporary science fiction writers, Connie Willis repeatedly amazes her many admiring fans with her ability to create vivid characters in unusual situations. With Doomsday Book, she takes listeners on a...

In Lusitania, Ender found a world where humans and pequininos and the Hive Queen could all live together; where three very different intelligent species could find common ground at last. But Lusitania also harbors the descolada, a virus that kills a...

Children of the Mind
by Orson Scott Card

The planet Lusitania is home to three sentient species: the Pequeninos, a large colony of humans, and the Hive Queen, who was brought there by Ender Wiggin. But now, once again, the human race has grown fearful; the Starways Congress has gathered a ...

I read this book three years ago, and can still vividly remember the emotions it pulled from me. If you haven't read it yet - what are you waiting for?

I really enjoyed this book. The premise is quite clever and nicely done. I didn't care for the ending, though. I didn't quite get how he could suddenly be in the same place in the past twice, when in every other instance he was only in the present once and the past once. All in all, a great read; here's hoping they don't butcher the movie.

i loved this book, everything about it. i loved how it skipped around, because that's how my mind works. i loved the whole time travel leap in leap out concept, it's like one of my favorite shows as a kid, quantum leap. i loved the ending, it was so realistic. whenever i see people on the train reading this book i silently think, good choice.

This is one of the best books I've ever read. It is my all-time favorite. Being the bookworm that I am, my friends always ask me what book they should read. I always recommend The Time Traveler's Wife. This book will make you smile and cry and cry some more. Although the beginning of the book is a bit confusing, it will make sense as continue reading. This book is truly amazing and will take you out of your humdrum world and you'll enter the lives of Henry and Claire.

Nothing is better than a book that leaves an impression after you've finished---a book that makes you sad to put it down. The characters, while unique due to the extraordinary cir***stances, are familiar and realistic. Highly recommended!