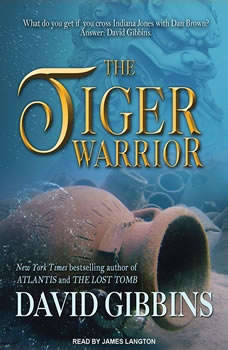 The trail starts in the Roman ruins and leads to a shipwreck off the coast of Egypt. Soon the world's top marine archaeologist, Jack Howard, and his team of scientific experts and ex-Special Forces adventurers are pushing their way through the mysterious jungles of India, following in the footsteps of a legendary band of missing Roman legionnaires. Meanwhile, at a remote lake in Kyrgyzstan, a beautiful woman has found evidence of a secret knowledge that has cost the lives of countless seekers through the centuries. Over one hundred years earlier, Jack's great-great-grandfather returned from an archaeological expedition in India forever traumatized by what he'd experienced. And in order to lay the past to rest, Jack will have to unearth an artifact that might have been better left buried—and with it a power that some of history's most ruthless tyrants have sought in order to rule the world . . .