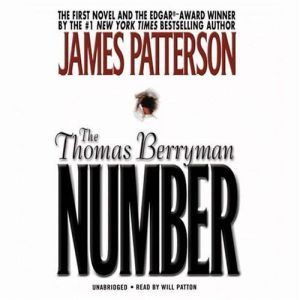 James Patterson, author of the #1 best sellers Along Came a Spider and Kiss the Girls, has written one of America's suspense masterpieces.The Thomas Berryman Number begins with three terrifying murders in the South. It ends with a relentless and unforgettable manhunt in the North. In between is the riveting story of a chilling assassin, the woman he loves, and the beloved leader he is hired to kill with extreme prejudice.