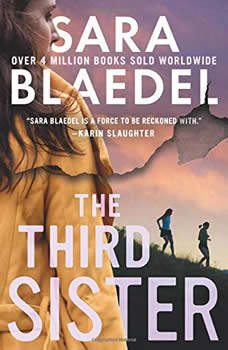 Family drama, deadly secrets, and deception come to a head in the explosive conclusion of #1 internationally bestselling author Sara Blaedel's Family Secrets trilogy. Ilka Jensen's life is in chaos following the tumultuous events of Her Father's Secret. The funeral home she inherited after her estranged father's death is bankrupt. Her new business partner, Artie, lies unconscious in the hospital after a savage attack by mysterious assailants, and her father's second wife is in prison.Then, just as Ilka learns a shocking revelation about her father, two menacing strangers turn up at the funeral home -- dangerous men who mean to draw her further into a world of secrets, betrayal, and murder. In order to protect herself and those around her, Ilka sets off on a twisting journey to confront the truth about the man who abandoned her as a child. But the long-buried secrets of her father's past are more tangled and perilous than Ilka could ever imagine . . .