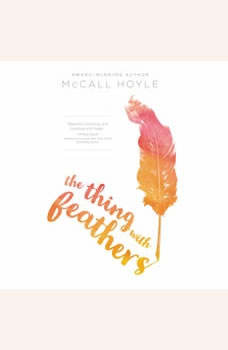 The Thing with Feathers

Emilie Day believes in playing it safe: she’s homeschooled, her best friend is her seizure dog, and she’s probably the only girl on the Outer Banks of North Carolina who can’t swim.

Then Emilie’s mom enrolls her in public school, and Emilie goes from studying at home in her pj’s to halls full of strangers. To make matters worse, Emilie is paired with starting point guard Chatham York for a major research project on Emily Dickinson. She should be ecstatic when Chatham shows interest, but she has a problem. She hasn’t told anyone about her epilepsy.

Emilie lives in fear her recently adjusted meds will fail and she’ll seize at school. Eventually, the worst happens, and she must decide whether to withdraw to safety or follow a dead poet’s advice and “dwell in possibility.”

For sixteen-year-old Ben Bancroft – a kid with cerebral palsy, no parents, and an overprotective grandmother – the closest thing to happiness is hunkering alone in the back of the Rialto Theatre and watching Bride of Frankenstein for the... 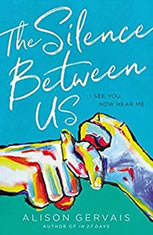 The Silence Between Us
by Alison Gervais

<p>Moving halfway across the country to Colorado right before senior year isn&rsquo;t Maya&rsquo;s idea of a good time. Leaving behind Pratt School for the Deaf where she&rsquo;s been a student for years only to attend a hearing s...

Stella was born to sing. Someday Broadway. But everything changes when a tragic accident renders her deaf; she cannot hear, much less sing. Trapped in a strange new world of total silence, she must face not only the loss of her friends, her hopes, a...

Marcelo in the Real World
by Francisco Stork

Marcelo Sandoval hears music that nobody else can hear–part of an autism-like condition that no doctor has been able to identify. But his father has never fully believed in the music or Marcelo’s differences, and he challenges Marcelo to...

This Story Is a Lie
by Tom Pollock

A YA thriller described as The Curious Incident of the Dog in the Night-Time meets John le Carre, about a teen math prodigy with an extreme anxiety disorder who finds himself caught in a web of lies and conspiracies after an assassination attempt on...

The acclaimed author of Flipped delivers a powerful and healing story that’s perfect for the millions who watch the Olympics or anyone who’s ever thought that something was impossible. Readers will revel in the story of a girl who p...

Encyclopedia Brown from the screenwriting duo behind X-Men: First Class and Thor! Colin Fischer cannot stand to be touched. He does not like the color blue. He needs index cards to recognize facial expressions. But Colin is Wayne Connelly's best--an...

When Emma Sasha Silver loses her eyesight in a nightmare accident, she must relearn everything from walking across the street to recognizing her own sisters to imagining colors. One of seven children, Emma used to be the invisible kid, but now it se...

Seventeen-year-old Jean has cerebral palsy and gets around in a wheelchair, but she’s always believed she’s just the same as everyone else. She goes to normal school and has normal friends. She’s never really known another disabled...