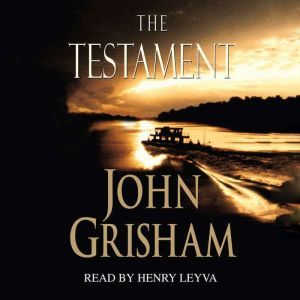 Troy Phelan is a self-made billionaire, one of the richest men in the United States.  He is also eccentric, reclusive, confined to a wheelchair, and looking for a way to die.  His heirs, to no one's surprise--especially Troy's--are circling like vultures.

Nate O'Riley is a high-octane Washington litigator who's lived too hard, too fast, for too long.  His second marriage in a shambles, and he is emerging from his fourth stay in rehab armed with little more than his fragile sobriety, good intentions, and resilient sense of humor.  Returning to the real world is always difficult, but this time it's going to be murder.

Rachel Lane is a young woman who chose to give her life to God, who walked away from the modern world with all its strivings and trappings and encumbrances, and went to live and work with a primitive tribe of Indians in the deepest jungles of Brazil.

In a story that mixes legal suspense with a remarkable adventure, their lives are forever altered by the startling secret of The Testament.

Although I finished it,in the hopes it would pick up speed and depth...I had to push myself to. Initially the plot sounded so unique and Gisham is usually a master storyteller, but this one left me wanting more and moved just too slowly. He began a lot of sub-plots, but none of them ran too deep and none are really finished in a very satisfactory way. The characters didn't develop enough to be real... I had high hopes, but it didn't deliver what I have come to expect from Grisham...a great, page turning, story. Not his best!