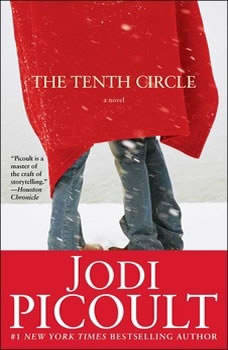 From New York Times bestselling author Jodi Picoult, a powerful novel that explores the unbreakable bond between parent and child, and questions whether you can reinvent yourself in the course of a lifetime—or if your mistakes are carried forever.Fourteen-year-old Trixie Stone is in love for the first time. She’s also a straight-A high school student, pretty and popular, and the light of her father’s life.... Comic book artist Daniel Stone would do anything to protect his daughter. But when a single act of violence shatters her innocence, seemingly mild-mannered Daniel’s convictions are put to the test—while his own shockingly tumultuous past, hidden even from his family, comes to light. Now, everything Trixie’s ever believed about her hero, her father, seems to be a lie as Daniel ventures to hell and back, seeking revenge. Will the price be the bond they share? Revealing an “exceptional, unflinching, and utterly chilling” (The Washington Post) portrait of today’s youth culture, Jodi Picoult pulls readers inside a shattered family facing the toughest questions of morality and forgiveness.