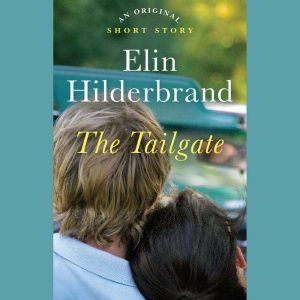 The Tailgate: An Original Short Story

A stirring portrait of a relationship at a crossroads, this digital original short story follows two irresistible young lovers as they cope with college life, and invites us into a world we don't want to leave. Clendenin Hughes first kissed Dabney Kimball during a Nantucket snowstorm freshman year of high school. Ever since that moment - God, the rush, the chemistry! - Dabney has known that she and Clen are an unsplittable unit - essentially the same person in two different bodies. Of course, with Dabney now at Harvard and Clen at Yale, those bodies are 140 miles apart. And traveling is a serious challenge for Dabney, for reasons she'd prefer not to discuss, reasons having to do with her mother (or lack thereof). But with the big Harvard-Yale game coming up, Dabney is determined to make the trek to New Haven to see Clen. She's even borrowed a sexy black outfit from a classmate down the hall. But when she arrives at the tailgate to see sparks flying between Clen and Jocelyn, a girl with dark blue eyes and luscious black hair, Dabney fears the collapse of a bond she has never questioned before, a bond so important that she'll be lost without it. To learn the fates of Dabney and Clen, read Elin Hilderbrand's novel, The Matchmaker.