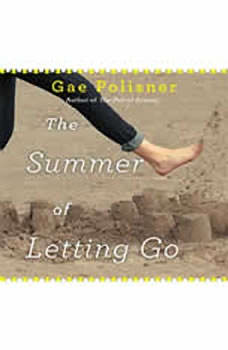 The Summer of Letting Go

Summer has begun, the beach beckons-and Francesca Schnell is going nowhere. Four years ago, Francesca's little brother, Simon, drowned, and Francesca's the one who should have been watching. Now Francesca is about to turn sixteen, but guilt keeps her stuck in the past. Meanwhile, her best friend, Lisette, is moving on, most recently with the boy Francesca wants but can't have.At loose ends, Francesca trails her father, who may be having an affair, to the local country club. There she meets four-year-old Frankie Sky, a little boy who bears an almost eerie resemblance to Simon, and Francesca begins to wonder if it's possible Frankie could be his reincarnation. Knowing Frankie leads Francesca to places she thought she'd never dare to go, and it begins to seem possible to forgive herself, grow up, and even fall in love-whether or not she solves the riddle of Frankie Sky.