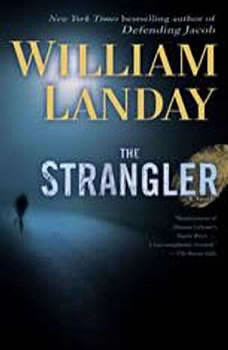 From the New York Times bestselling author of Defending Jacob

Boston, 1963. A city on edge. On street corners, newsboys hawk the shocking headline: KENNEDY IS DEAD. In the city’s underworld, a mob war rages. But what terrifies Bostonians most is the mysterious killer who has already claimed a dozen victims, a murderer whose name is indelibly linked to their city: the Boston Strangler. This is the electrifying backdrop of William Landay’s magnificent new novel, a story of one Irish-American family, a city under siege, and the long shadow cast by the most infamous killer of his day . . .

For the three Daley brothers, sons of a Boston cop, crime is the family business. They are simply on different sides of it. Joe is the eldest, a tough-talking cop whose gambling habits—fast women, slow horses—drag him down into the city’s gangland. Michael is the middle son; a Harvard-educated lawyer working for an ambitious attorney general, he finds himself assigned to the embattled Strangler task force. And Ricky, the devil-may-care youngest son, floats above the fray as an expert burglar—until the Strangler strikes too close to home.

As Joe’s mob debts close in around him . . . and Michael becomes snarled in a murder investigation gone very wrong . . . and Ricky is hunted by both sides of the law, the three brothers—and the women who love them—are forced to take sides. Now each must look deeper into a killer’s murderous rage, into their family’s own lethal secrets, and into the one death that has changed them forever. As William Landay’s complex, compassionate, and terrifying novel builds to a climax, two mysteries will collide—and a shattering truth will be revealed.