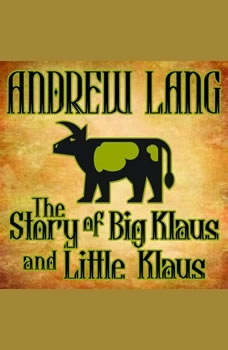 The Story of Big Klaus and Little Klaus

Big Klaus and Little Klaus lived in the same village, but where Little Klaus only had one horse, Big Klaus had four. Little Klaus lent his one horse to Big Klaus all week, and Big Klaus lent his four horses on Sunday only to Little Klaus. When Little Klaus was in control of all five horses, he had the habit of calling them "his five horses," a thing which Big Klaus did not like. Big Klaus eventually strikes Little Klaus' one horse over the head with a blow that kills him. Upset and needing money, Little Klaus sets off to sell the horse skin in town but first stops by a farmhouse on his journey looking for a place to stay. He was at first turned away by the farmer's wife, as the farmer was away, but Little Klaus stows away and his noticed by the farmer when he returned. The farmer invites him in for dinner and to spend the night. Unbeknowst to the farmer, his wife had been entertaining the local sexton for dinner but had hidden both the food and the sexton as her husband returned home. Klaus had seen the food being hidden away, so he pretended he had a wizard in his sack and that the wizard conjured up an extravagant meal and had hidden it in the oven. The farmer believed the wizard story, which Little Klaus further embellished, and offered him a bushel of money for the wizard sack --but also state that he must take away the cabinet where the sexton had been hidden. Little Klaus does so, and then further extorts more money from the sexton. He then tricks Big Klaus into thinking he had received all the money from his horse skin, and Big Klaus proceeds to make a fool of himself. Enraged, Big Klaus goes to kill Little Klaus, but accidentally gets Little Klaus' recently dead grandmother instead. Little Klaus then pulls another prank using his dead grandmother and winds up with another bushel of money AND another way to get back at Big Klaus! Andrew Lang (1844-1912) was a Scottish writer who collected fairy and folk tales from various cultures and put them together in twelve volumes of tales. He was noted for taking the tales from as many original sources as possible, keeping the fairy tales close to their intended meanings.